A regional Community Bank is celebrating after receiving unprecedented success at the industry ‘Oscars’.

Community First Credit Union has its head office in Mexborough and is directly active from Hartlepool in the north, down to Sheffield and Doncaster in the south (and everywhere in-between), won six awards at the weekend’s glitzy International Credit Union Leadership Development and Education Foundation awards.

The company scooped two of the biggest awards of the night in Manchester; Credit Union of the Year and Chief Executive of the Year - both for a consecutive year running, which has never been done before.

The awards which saw more than 70 industry professionals attend from across the globe, from places including Asia, North America, Australia, Africa and the Caribbean witnessed Community First Credit Union also win four other awards, awarded second in seven categories and third in two.

Gary Simpson chief executive of Community First said: “To be again recognised as the Best Credit Union in the UK and Ireland two years running and three times in total is manifestly extraordinary and so, so gratifying.

“Out of the 15 award categories we entered we either won, came second or third – this is outstanding recognition by incredibly respected specialists in their field for all the work Community First has done and continues to do for all types of people, communities, businesses and public organisations. All of which have varying, complex and often urgent needs that all the staff at Community First are so focused on addressing with professionalism and empathy.

“The awards are testament to our fantastic staff across North, South & West Yorkshire and Tees Valley that are dedicated to helping and supporting our account holders. I just want to say a special congratulations and thank you to those individuals that have been identified by the awards; Julie Moss, Jan Clark, Beth Moss and Miles Crompton whose contribution to this community bank has been immense.”

For more information about Community First or how its services could support you, your family or business visit the website: https://www.communityfirstcu.co.uk/. 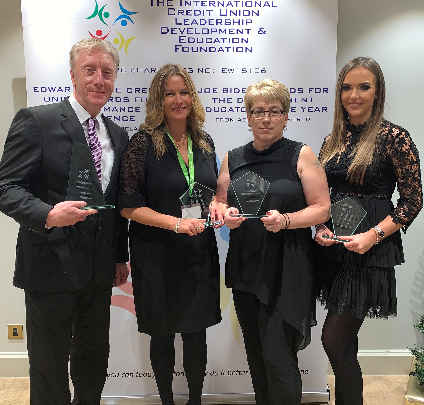